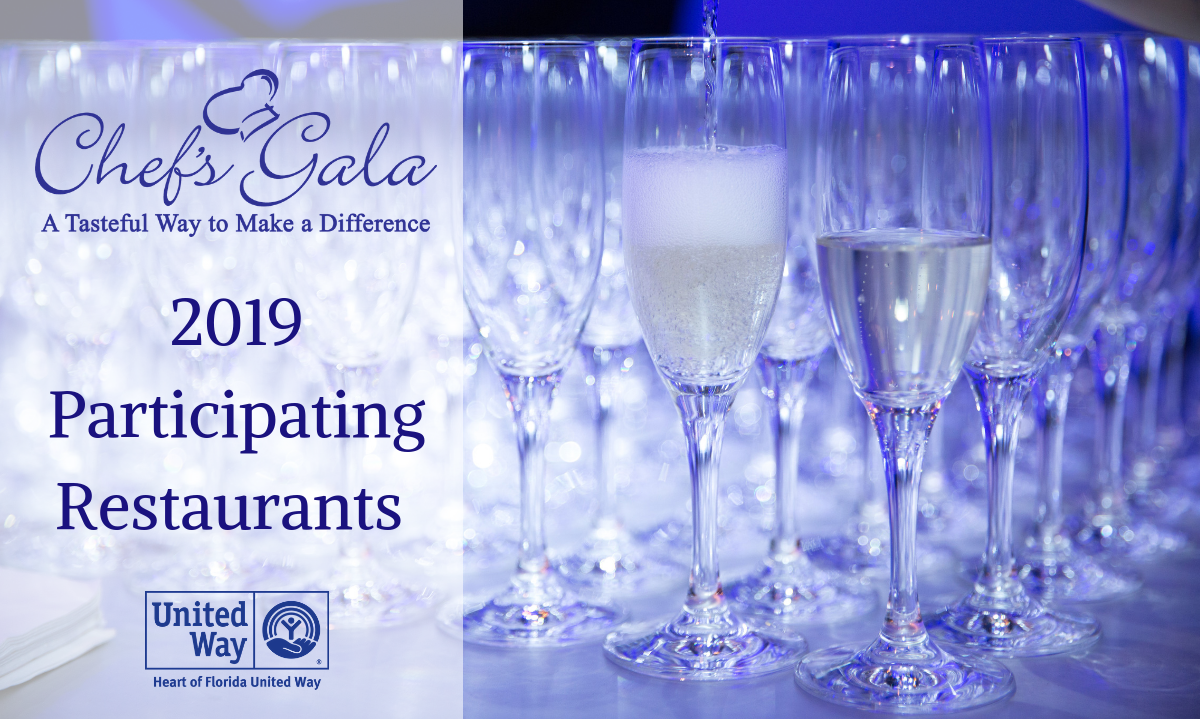 Heart of Florida United Way is gearing up for the foodie extravaganza event of the year: Chef’s Gala! This year marks the 27th year we have partnered with Walt Disney World to present the region’s premiere food and wine pairing charity event. Money raised at Chef’s Gala will go towards helping alleviate hunger and homelessness in Central Florida.

This year we are excited to announce we will be joined by 24 of the area’s top restaurants and their renowned chefs, including many returning guest favorites and several new restaurants who have joined the 2019 lineup.

If you’re drooling for the chance to try the amazing dishes that will be prepared, click below to purchase your tickets now!

Special Thanks to Our Sponsors

Chef’s Gala wouldn’t be possible without our host sponsor,Walt Disney World. Because of the restaurants who generously donate all the food served and the wine distributors who keep the drinks flowing, Heart of Florida United Way is able to invest 95 cents of every dollar raised at Chef’s Gala back into the community.

Special Thanks to Our Host Committee