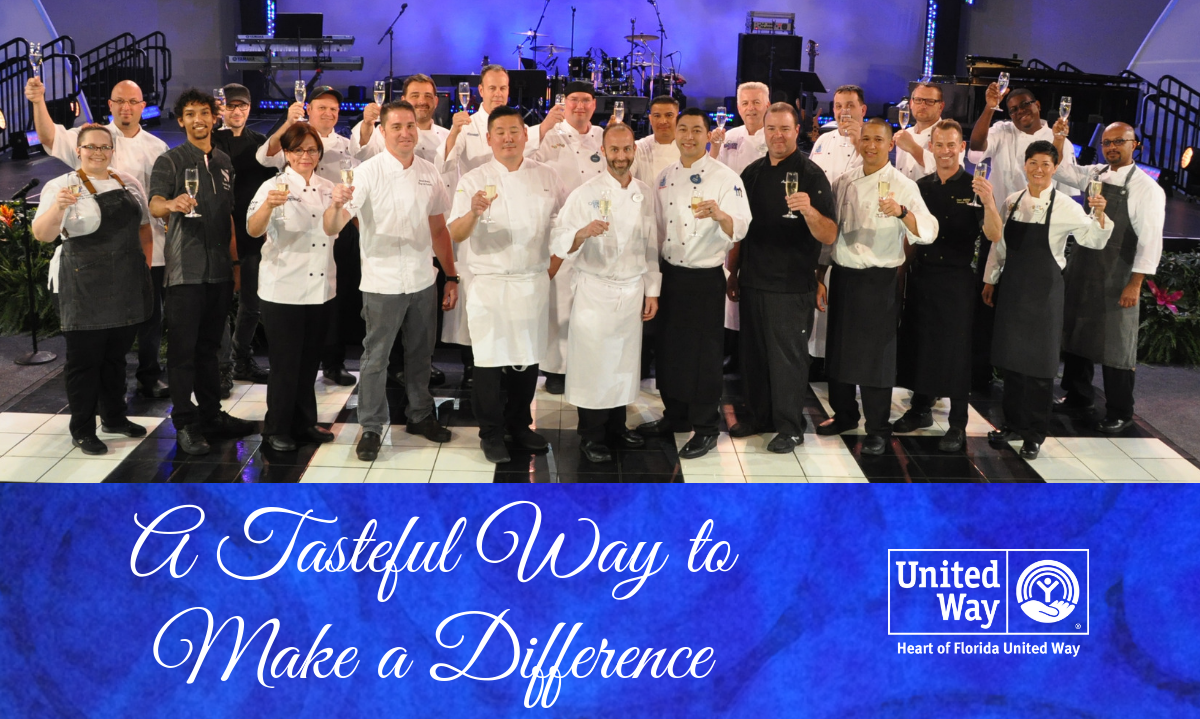 A Tasteful Way to Make a Difference!

For 27 years and counting, Walt Disney World has partnered with Heart of Florida United Way to host Chef’s Gala. This year brought together 23 of Central Florida’s top chefs and restaurants preparing unique dishes, each one carefully paired with the perfect wine or beverage. But the evening was more than good food, dancing and fun.

As one of Heart of Florida United Way’s largest fundraisers, there is greater purpose to Chef’s Gala. At its core, the evening is about fighting hunger and homelessness in our community. For that reason, we are proud to announce that we raised nearly $280,000 to help support struggling Central Floridians!

It would not have been possible without the support of our guests, sponsors, restaurants and wine distributors. On behalf of the 490,000 individuals served last year, thank you to everyone who contributed to the success of Chef’s Gala!

Special Thanks to Our Sponsors

Be Our Guest Restaurant at Magic Kingdom Park

blu on the avenue