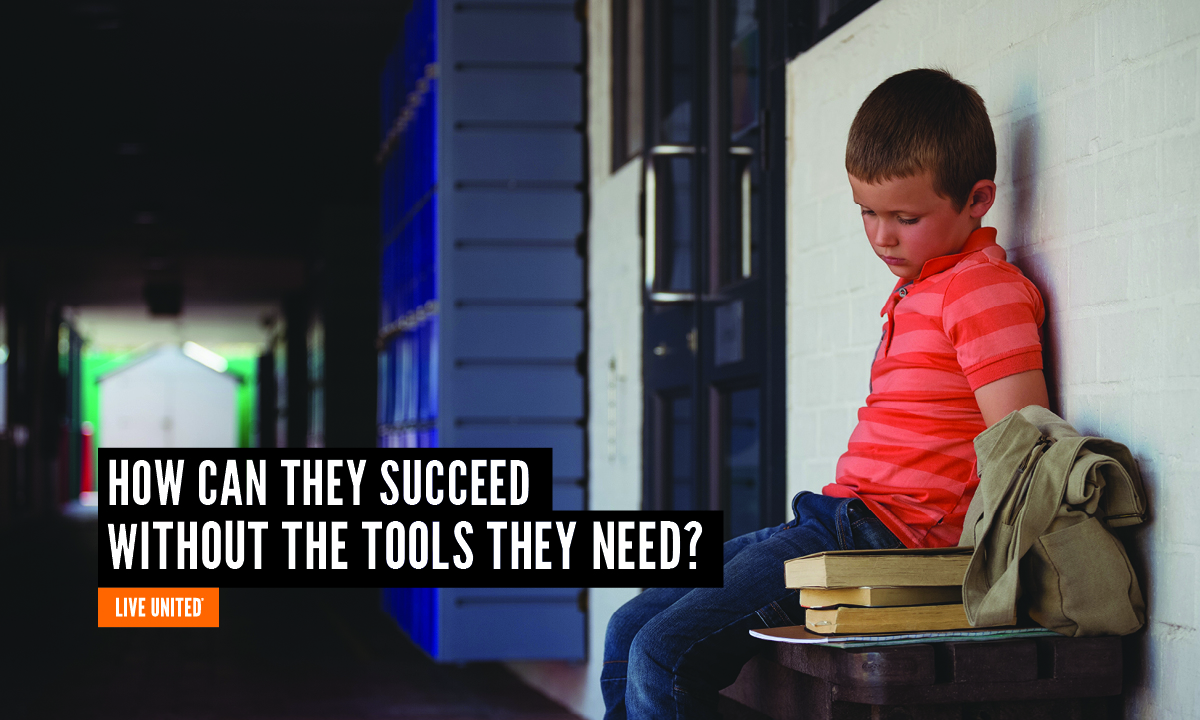 It was the first day of school and Eddy sat alone at his desk in the corner. On the back of his chair hung a plastic bag with 2 half-used notebooks and a handful of dull pencils. Around him, his classmates unpacked their backpacks filled with new school supplies. Next to him, Eddy could hear a debate starting between two boys about whether Iron Man or Captain America printed on their binders was the better superhero.

Eddy wanted to chime in (because obviously it was the Hulk who was the best) but instead he clutched his plastic bag and sunk low into his seat. He was too embarrassed to pull out his notebooks because they were hand-me-downs from his sister and covered in princess stickers. Instead, he put his head down on the desk and wished it was Mom’s pay day because she had promised she would try to get him new school supplies after that. Until then, he would have to make do with the few supplies she found around the house.

The Cost of Public Education

Eddy is not the only student whose parents can’t afford school supplies. Across Central Florida, parents have to choose between paying for groceries or buying a long list of school supplies for their children.

According to the ALICE report, nearly half the families in Central Florida are struggling to afford the basic necessities.

In Orange County, 73% of students qualify for free or reduced cost lunches.

In order to alleviate the burden on already cash-strapped Central Florida families, and to ensure students have the tools they need to excel in school, we are hosting the Day of Action School Supply Drive! Now through June 8th, join us in collecting school supplies from calculators to notebooks to colored pencils. Here’s how you can help!

Help us reach our goal of giving 1,500 students the supplies they need to start the school year strong!

For questions about the supply drive, please email VolunteerCenter@HFUW.org or call 407-429-2127.