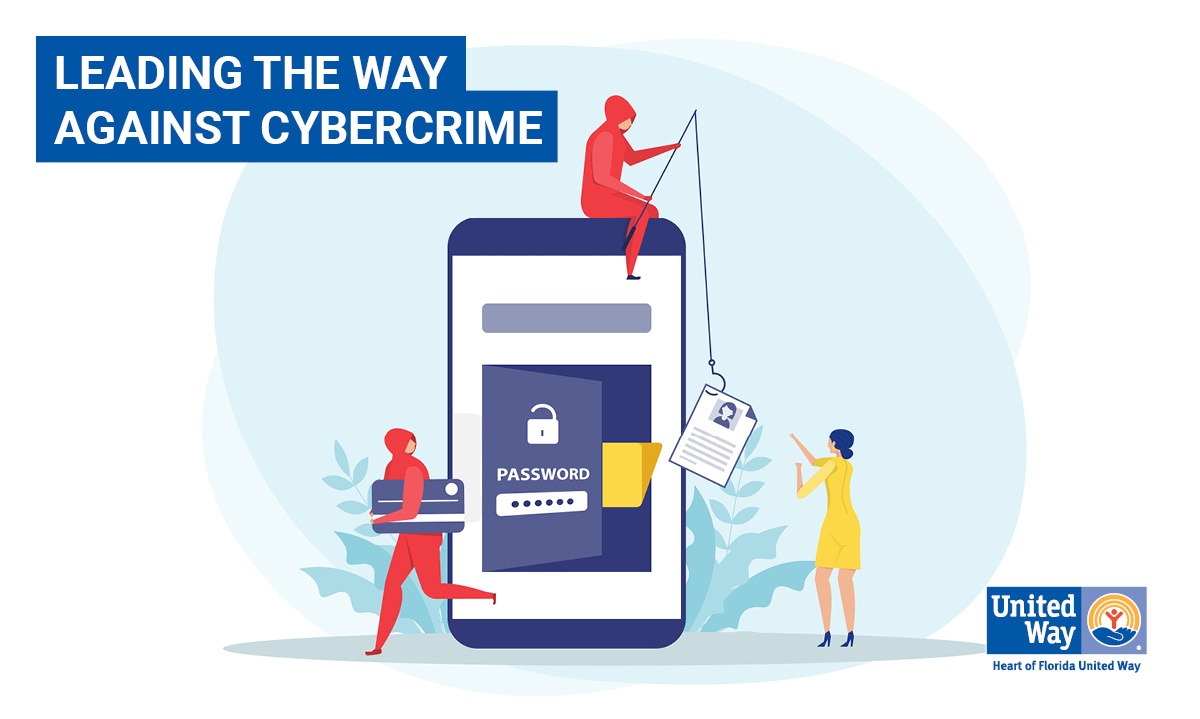 Heart of Florida United Way is the first 2-1-1 center in the United States to launch a texting platform to support cybercrime victims on the existing 2-1-1 infrastructure.

Continuing its fight against cybercrime in Orange, Osceola, and Seminole counties, Heart of Florida United is the first 2-1-1 to launch a national Cybercrime Texting Platform. A pilot program supported through a U.S. Department of Justice, Victims of Crime grant, residents can text “CYBER” to 898-211. Callers will follow a series of prompts to guide them to report cybercrime instances and how to recover their losses.

Florida ranks among the top five states for financial losses, totaling more than $110 million due to cybercrime. Unfortunately, experts estimate these figures represent only a small fraction of the cybercrime that occurs.

“Heart of Florida United Way fights for the well-being of our residents,” said Jeff Hayward, HFUW President and CEO. “With the national increase in cyberattacks containing COVID vaccine, unemployment, social security, stimulus check frauds, put our already vulnerable population at risk of losing more money, this platform is certainly a valuable tool to resources and necessary help through phones. Lengthy internet searches and waiting in line to talk with a specialist are in the past. Suffering from cybercrime without support is something no one should ever have to endure.”

Simply, cybercrime is the use of computers or the internet to commit a crime – and includes identity theft, financial fraud, phishing, cyberstalking, cyberbullying, and other related crimes. Cybercrime, a pervasive, stealth crime that preys on vulnerable populations, often leaves victims struggling with few economic or emotional recovery resources. However, Central Florida cybercrime victims can now text 898-211 to receive assistance.

ALICE, or Asset Limited, Income Constrained, Employed households are one emergency away from financial ruin. We know that any loss of resources due to cybercrime is devastating for these families.

According to the Federal Trade Commission, there were over 1.3 million reports of Identify Theft by victims in 2020, making up just under 30% of the fraud reports received. Imposter and online shopping scams taking the number two and three spots, respectively, with a combined total of over 850 thousand reports. The FTC reported that, “Just over a third of all consumers who filed a fraud report with the FTC—34 percent—reported losing money, up from just 23 percent in 2019.” In 2020, 4.7 million reports were made to the FTC with approximately 2.2 million of those reports being fraud. Fraud reports alone constituted $3.3 billion in monetary losses. Florida currently ranks 3rd in the U.S. for fraud, totaling nearly $200 million in financial losses. Unfortunately, experts estimate these figures represent only a small fraction of the cybercrime that actually occurs.

“Every day, hundreds of people across Central Florida turn to 2-1-1 for information and support – and it’s become even more heightened during the pandemic,” continued Hayward. “Residents can now text 898-211 to be connected with the tools and resources needed to help victims report and recover from cybercrime and reinforce cybercrime prevention practices and tips from anywhere in the country.”

Think you are a Victim of Cybercrime? Don’t Call 911

Through this grant, HFUW has trained the Orange County Sheriffs Office 9-1-1 operators to recognize cybercrime and re-direct callers to 2-1-1 for support. If you believe you are a cybercrime victim, you can text your zipcode to 898-211 or dial 211 to speak with one of our specialists.