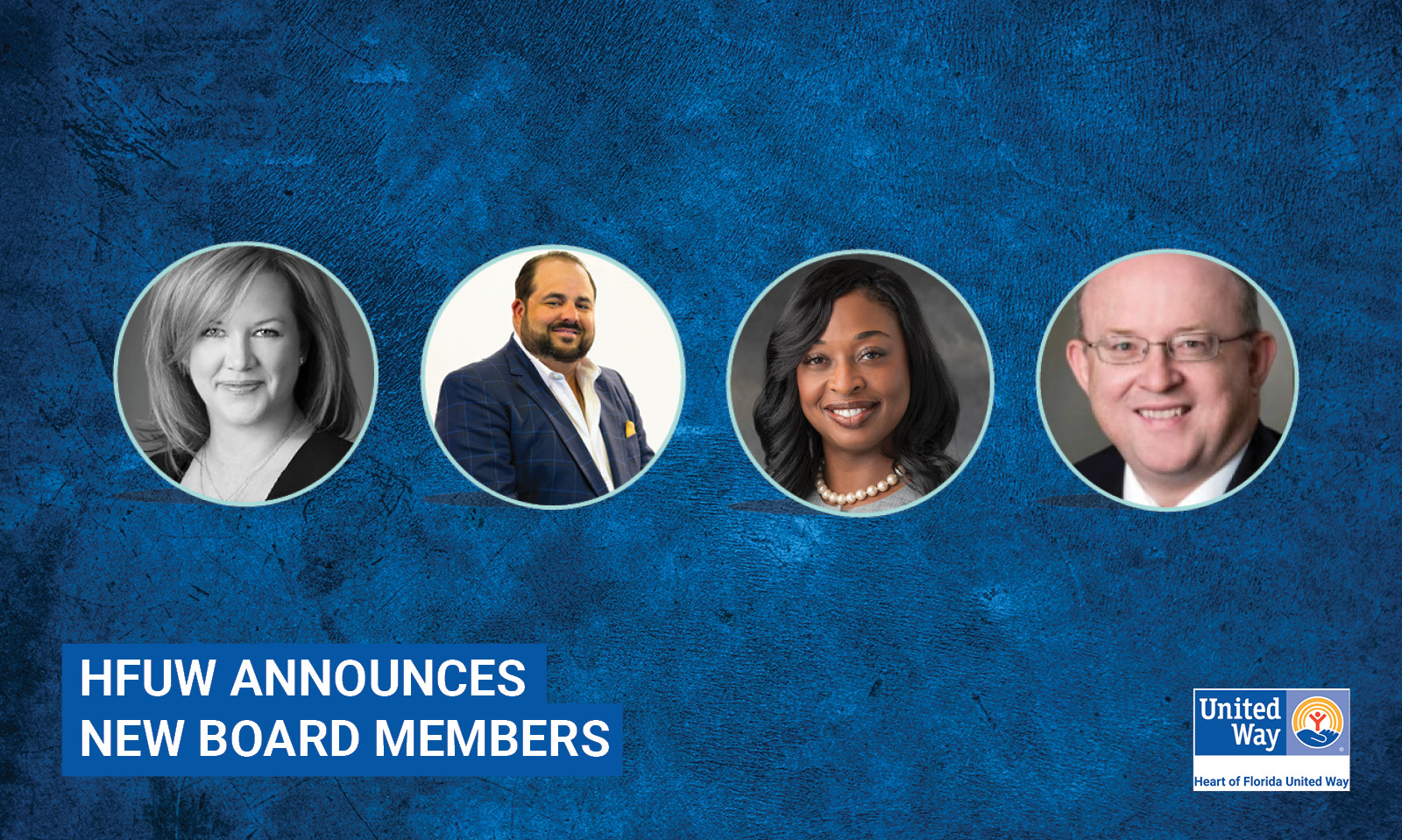 Four new community leaders join our Board of Directors.

As Executive Vice President at Gilbane Building Company, Heidi DeBenedetti is responsible for the strategic growth and profitability of Gilbane’s Federal and Southeast Divisions. She is a Design Build Institute of America professional with more than 25 years of industry experience and knowledge. DeBenedetti received her Bachelor of Science from the University of Colorado, Boulder, and her Master of Business Administration from Colorado State University.

Humberto Hormaza is a long-time media executive with 18 years in the broadcast industry. As Senior V.P. and General Manager of Entravision Communications – Orlando Market, he oversees Univision and UniMás TV affiliates. . Since taking the helm in 2016, Hormaza has launched more local news programs with the addition of Despierta Orlando (Early Morning News) and Edicion Digital (Midday News). Additionally, Hormaza has created and produced Salsa y Sazon Latin Food and Music Festival. During his tenure, Orlando has now become a Top 10 U.S. Media Hispanic market. He also serves on the executive board of the Hispanic Chamber of Commerce of Metro Orlando and was recognized by Radio Ink magazine in 2016 and 2018 as Best Managers of the Year. Hormaza is currently nominated as General Manager of the year for the prestigious Medallas de Cortes Awards presented by Radio Ink Magazine in September 2021. Hormaza attended Miami Dade College.

As Deputy Vice President of the Sensors and Global Sustainment Line of Business and Vice President of Rotary Wing & Ground Programs at Lockheed Martin Missiles and Fire Control Company, Karmyn Norwood provides strategic direction and execution oversight for all domestic and international products, in addition to performing and providing performance and risk assessments. She’s held leadership positions within this division for nearly 20 years. Before, she worked as a signals analyst for the federal government. Her diverse background includes engineering, production, sustainment, and program management with proven performance and business growth track record.

Norwood holds a bachelor’s degree in Mathematics from Jackson State University in Jackson, Miss., a master’s degree in Electrical Engineering from George Mason University in Fairfax, VA, and an Executive MBA from the University of Tennessee at Knoxville. She was most recently named the 2019 National Management Association Executive of the Year and 2020 National Society of Black Engineers Lifetime Achievement Awardee – amongst other recognitions.

“Each of these community leaders – and the companies they represent – have a passion for the Central Florida community and helping those in need,” said Jeff Hayward, President & CEO of Heart of Florida United Way. “Their collective talent and diverse backgrounds in business provide greater depth, insight, and leadership as United Way continues to address the critical needs for our community.”