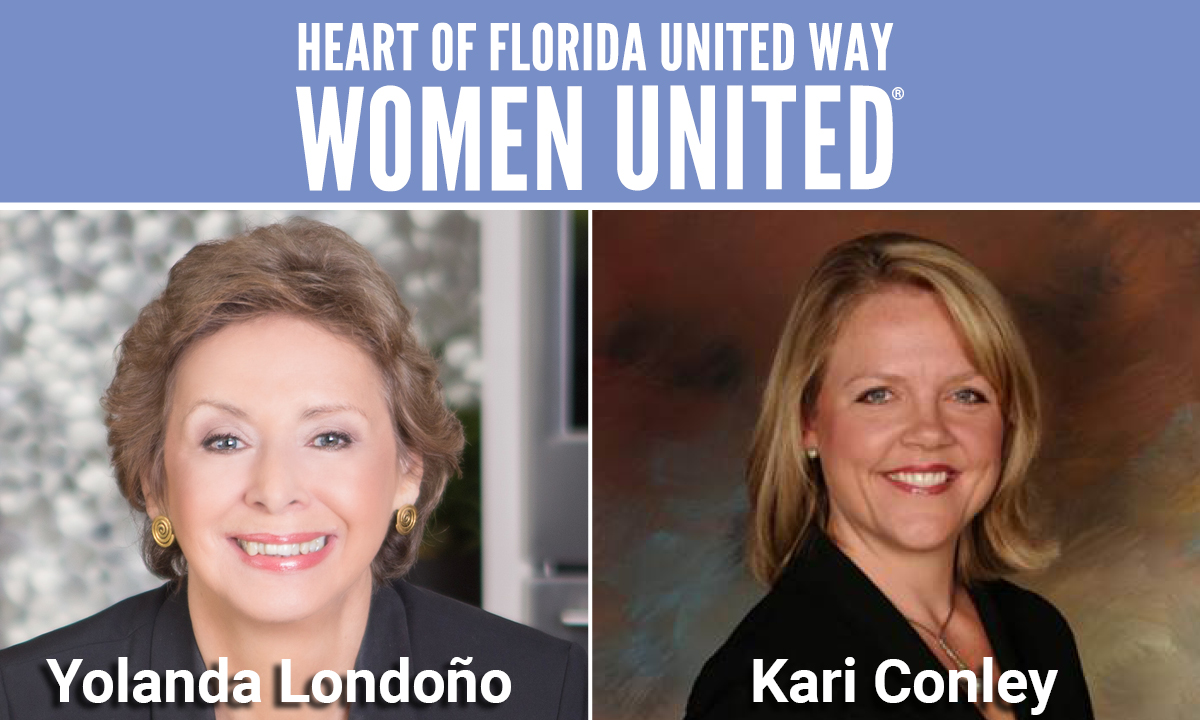 A Decade of History

Ten years ago, several prominent female leaders around Central Florida recognized the need for a philanthropic women’s group and the Women’s Leadership Council was born. They organized the first Women’s Leadership Luncheon and watched it grow from there. A decade later, the group has grown into the hundreds with measurable impact in the tri-county area.

The success of the Women’s Leadership Council is a testament to the power and influence of women in Central Florida. Now under the banner of Women United, it is time to build upon the foundation and unite even more women to be a driving force of positive impact across the community. On the front lines of that change are newly announced co-chairs: Yolanda Londoño and Kari Conley.

Yolanda, Vice President of Global Social Responsibility at Tupperware Brands Corporation, has been involved since the inception of the Women’s Leadership Council. “I want women to have the opportunity to utilize all their talents,” she said when asked about her passions. “By giving them the tools to be a contributor, it breaks generational cycles and has a domino effect for their kids, families and the community as a whole.”

Kari has been involved with United Way for 17 years and was introduced to the group at the Women’s Leadership Luncheon. As the Director of Community Relations at Orlando Health, she understands the collective power Women United can have in Central Florida. “This is a great time to get involved. When women help support and celebrate the successes of other women, we’re lifted up to new heights. I want to help set up the next generation of women leaders for their own successes.”

Yolanda and Kari are ready to tackle new challenges by evaluating and refining the work of Women United. “We are a collage of diverse women, from emerging leaders to those who are advanced in their careers,” Kari said. “We are here to listen, to learn and to lead. Never under estimate what a tribe of women can accomplish.”

Yolanda feels the same way. “Bring us your big, audacious goals and tactics on how to achieve them! We want to hear your ideas, thoughts and challenges. Think of the visions and strategies that could come from a uniquely feminine lens of philanthropically-driven women. United Way does great work in several areas, but with Women United, we can drill down and focus on the issues most pressing to women and children in our community to create real change.”

From Women United volunteer opportunities to member-only events, Women United offers a chance for women of all walks of life to join the fight for the health, education and financial stability of every person in Central Florida. If you are interested in becoming a member of Women United or would like more information, email WomenUnited@HFUW.org.