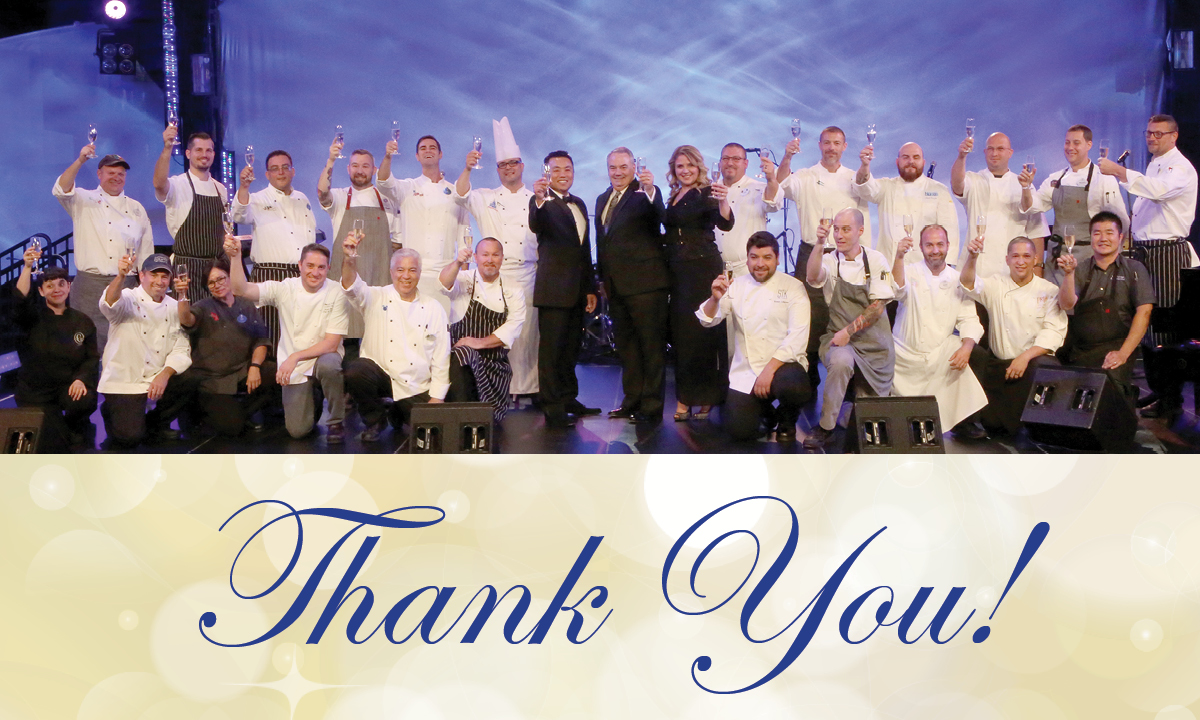 Chef’s Gala: The Best One Yet!

With 23 of Central Florida’s premiere chefs and restaurants serving unique dishes and 1,000 guests in attendance, Chef’s Gala was truly “A Tasteful Way to Make a Difference.” As one of United Way’s largest fundraising events, we are proud to announce that this year was the most successful one yet!  We raised over $300,000 towards the fight for the health, education and financial stability of every person in Central Florida.

It would not have been possible without the support of our guests, sponsors, restaurants and wine distributers. For the past 26 years, Walt Disney World has been our generous host and sponsor and always ensured each Chef’s Gala is a wonderful event. Held at the Epcot Showplace, foodies and wine connoisseurs enjoyed mouthwatering signature dishes prepared by award-winning chefs, each paired with an exquisite wine selection. Guests also jumped onto the dance floor when the live band began to play.

Our silent auction brought its A-game with offerings that included a week stay in a French chateau, a golfing trip across Ireland and a Napa Valley culinary adventure. A special thank you to our silent auction committee who brought in 100 items! 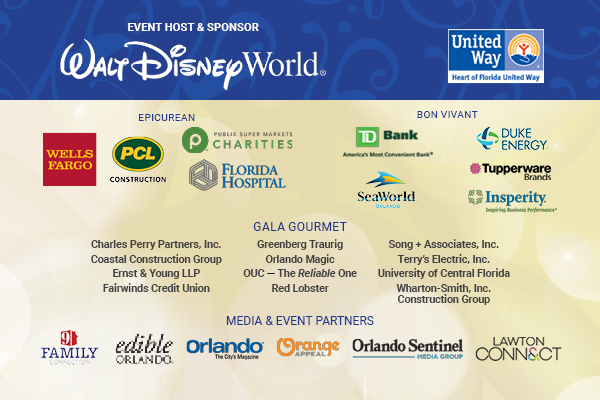