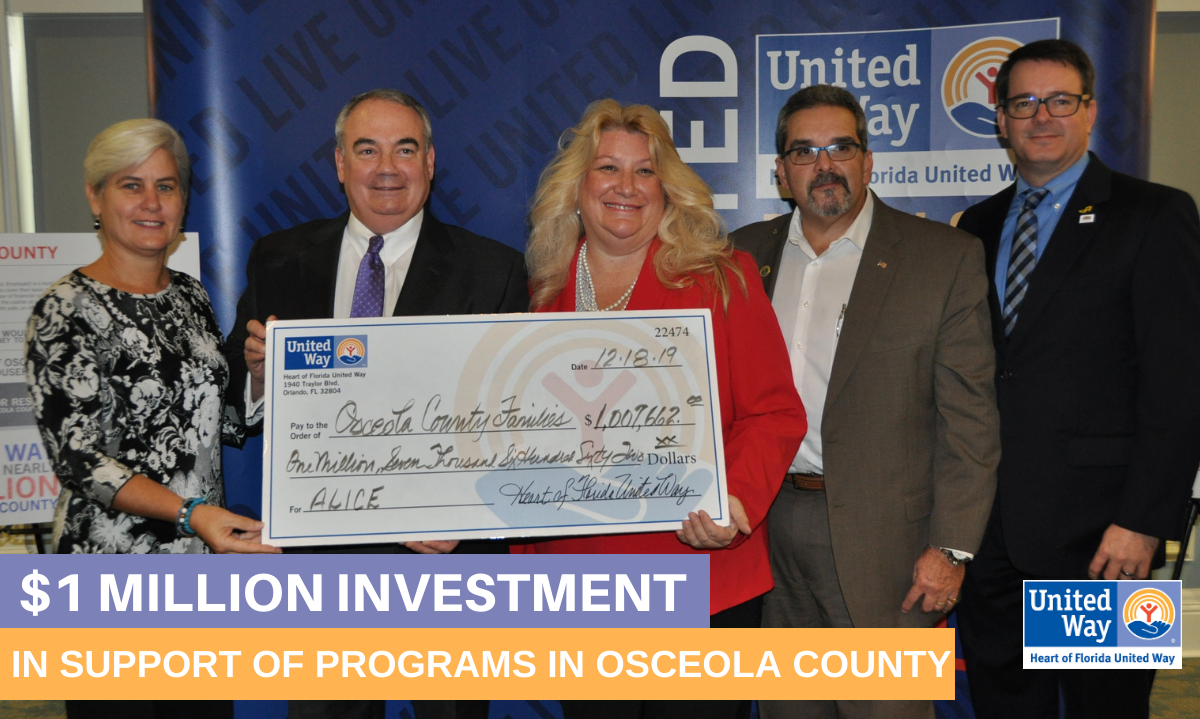 $1 Million Investment in Support of Programs in Osceola County

Heart of Florida United Way announced an investment of over $1 million in support of programs provided by nonprofits who deliver vital services to residents in Osceola County. In Osceola County alone, 57 percent of households are ALICE. ALICE are individuals and families that are Asset Limited, Income Constrained and Employed. Sometimes working multiple jobs but struggle to afford their basic needs. We were joined by Vice Chairwoman/Osceola Commissioner Cheryl Grieb, Kissimmee Mayor Jose Alvarez and Kissimmee/Osceola Chamber’s President, John Newstreet who agrees that change doesn’t happen alone. It takes the nonprofit, public and private sectors together to effect change.

These funds are being invested in a variety of agencies who deliver vital services to local residents. In addition to donor designations, the agencies receiving strategic investments from United Way this year who serve Osceola County include (alpha order):

During the announcement, a family that has benefited from such investments spoke about the impact Heart of Florida United Way has provided by investing in agencies like Osceola Council on Aging. Due to an unforeseen illness, the sole provider for this family lost employment and struggled to remain housed.

“My family and I have had a few financial challenges after my medical issues,” said Alexander Torres. “But I am thankful to these programs that have assisted us in being able to have a roof over our heads.”

Testimonies like these reminds us that we must continue to stand with ALICE in all of the counties we serve.