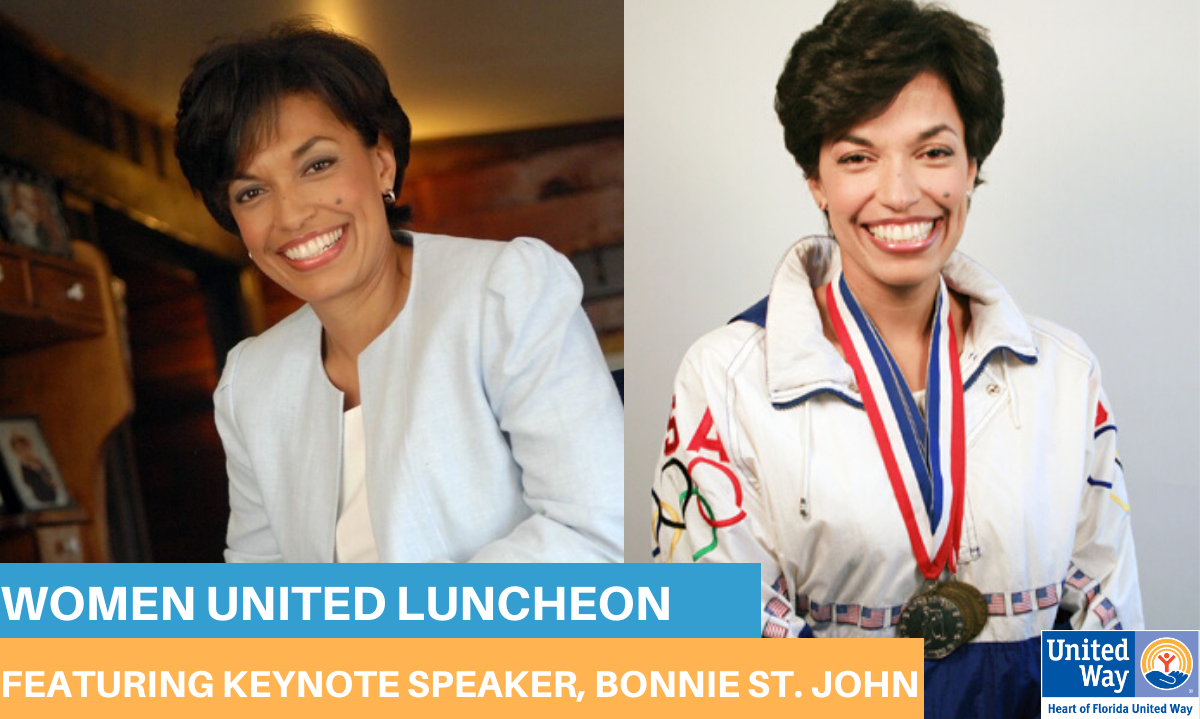 Women United is a place for women to come together to find their voice and take a stand for issues that matter to them in their communities. Many of the group’s members are leaders in their industry and use Women United as a platform to influence change in their community. In line with this mission, this year’s luncheon will feature a keynote address by motivational speaker, Bonnie St. John about persistence.

Despite having her right leg amputated at age five, Bonnie St. John became the first African-American ever to win medals in the Winter Olympic competition, taking home one silver and two bronze medals in downhill events at the 1984 Paralympics in Innsbruck, Austria. In recognition of this historic achievement, she was quoted on millions of Starbucks coffee cups and was honored at the White House by President George W. Bush. St. John has achieved the highest levels of success in a variety of endeavors throughout her life. In addition to her success as a Paralympic athlete, she is a best-selling author, a highly sought after keynote speaker, a television and radio personality, a business owner and a Fortune 500 leadership consultant.

Women United is a force for positive change in Central Florida. Comprised of a network of passionate advocates, it joins United Way’s fight for the health, education and financial stability of every person in the region. As a global force of over 70,000 women, the local chapter of Women United invites emerging women leaders to join the movement.