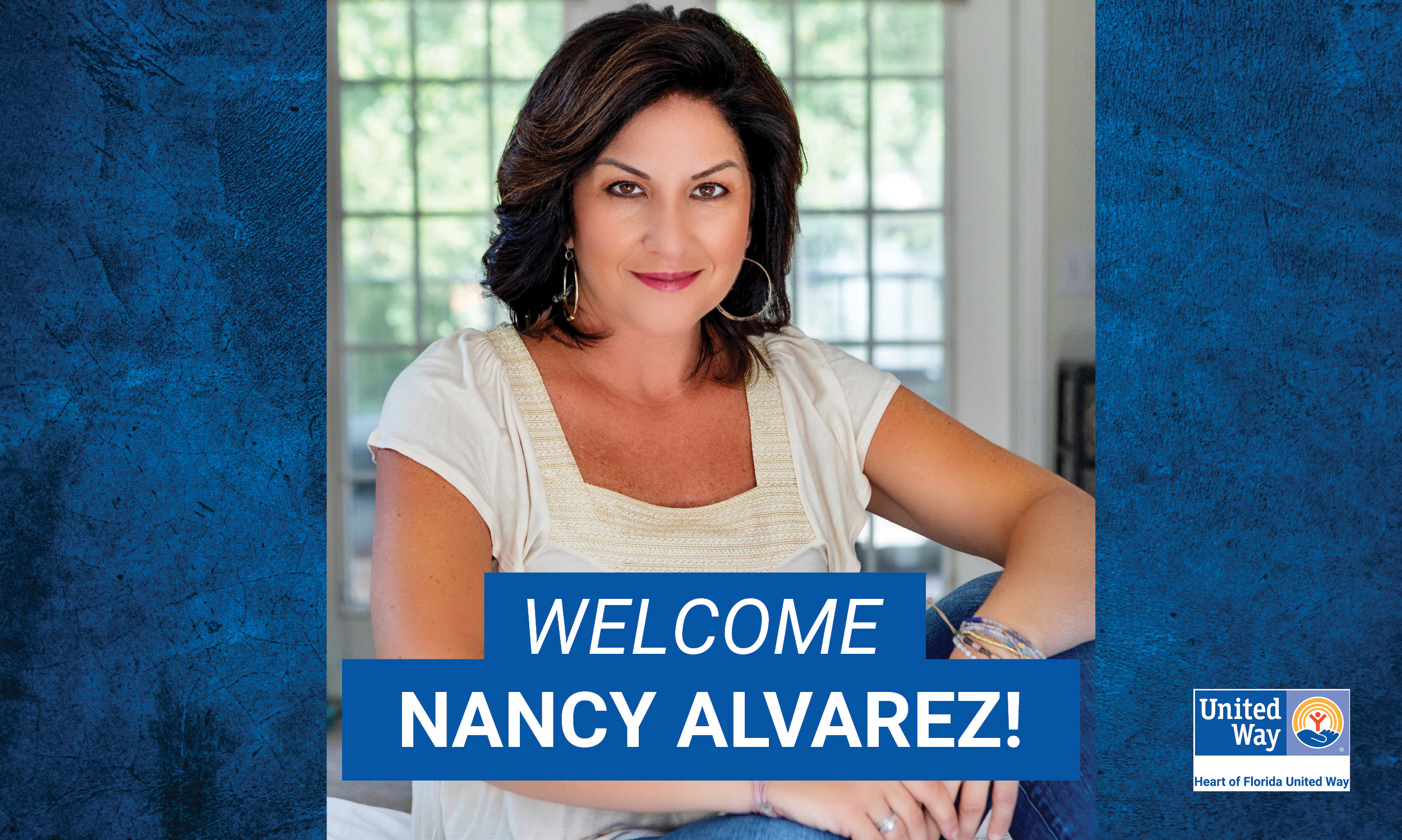 Today it was announced that award-winning morning news anchor Nancy Alvarez will be signing off from WFTV-9 and joining the team at Heart of Florida United Way (HFUW) as the Senior Vice President of Community Relations & Equity Impact.

In this role, she will be responsible for directly engaging targeted communities, especially underserved populations, with a goal of increasing awareness of Heart of Florida United Way’s programs. She will serve as a liaison to key population segments, promote community engagement and action, raise the visibility of the impact of Heart of Florida United Way and facilitate community conversations on critical issues affecting Central Florida.

“Over the years, as I covered some of our toughest moments, I always noticed Heart of Florida United Way was there shining a light and helping lift our neighbors. I’m grateful for this opportunity to join a team focused on empowering our diverse and rapidly growing community.”

Alvarez began her 21-year award-winning broadcasting career as a reporter for Central Florida News 13’s Brevard County Bureau. She also spent five years at WKMG Channel 6 where she worked as an investigative reporter. She covered the space program at both stations for most of her early career. After leaving the market for a brief time, she joined WFTV where she spent the last 11 years. In that time, she was at the center of every major story in the region including storms, political events, the tragedy at the Pulse nightclub and the COVID-19 pandemic. Nancy was also one of the first reporters on the ground in Puerto Rico after Hurricane Maria devastated the island in 2017. Over the course of multiple trips, she provided coverage of the impacts of the storm both on the island and in Florida as evacuees moved to the mainland. She was also there for the political unrest that led to the resignation of the island’s governor in 2019.

“Nancy is a trusted voice in the community,” said Jeff Hayward, President & CEO, Heart of Florida United Way. “We are looking forward to working with her to continue telling the most important stories in our community and being an advocate for underrepresented segments of our region.”

HFUW and WFTV are long-time partners, aligned on issues such as the ALICE (Asset Limited, Income Constrained, Employed) populations, advocating for the Earned Income Tax Credit for working families, empowering women through Women United partnerships and supporting military Veterans through Mission United. In 2020, WFTV partnered with HFUW on the “Central Florida Strong” campaign to raise much needed funds for those impacted by the financial consequences of COVID-19.