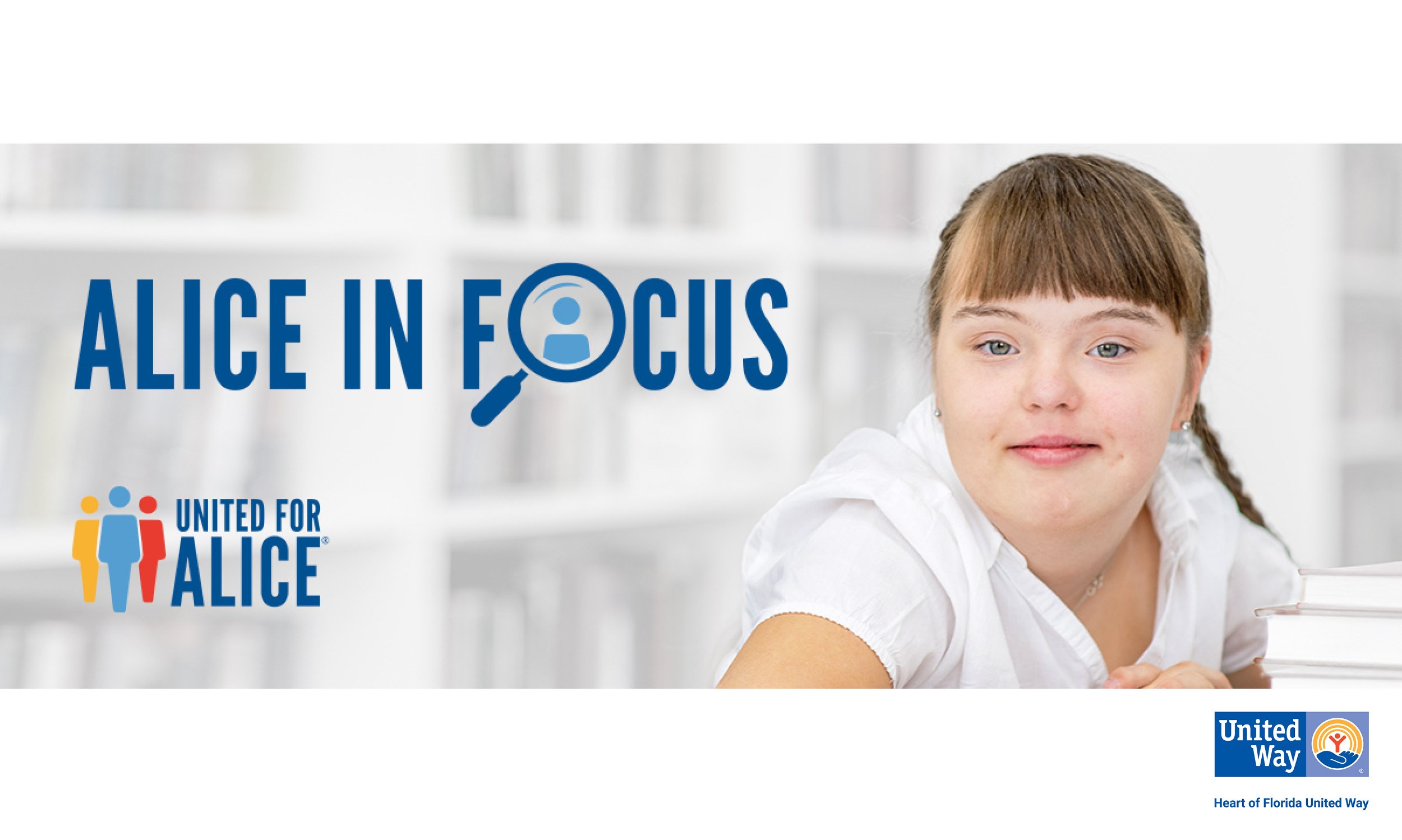 ALICE in Focus: New Research Reveals 55% of People with Disabilities in Central Florida are Living in Financial Hardship

Heart of Florida United Way has partnered with United for ALICE to research the reality for people with disabilities living in Central Florida. What the report found is eye-opening.

The number of people with disabilities in Central Florida who struggle to afford the basics is far higher than federal poverty data indicates — 40% compared to 15%.

Understanding the Numbers
In 2019, while 15% of Central Florida residents with disabilities were deemed to be living in poverty, 40% — more than twice as many — were ALICE (Asset Limited, Income Constrained, Employed).

ALICE households earn more than the Federal Poverty Level but less than what it costs to live and work in the modern economy. Combined, 55% of Central Florida residents living with disabilities were below the ALICE Threshold, with income that doesn’t meet the basic costs of housing, child care, health care, transportation, and a smartphone plan.

The program requires that recipients have income below the poverty level, be unable to work, have a “severe” impairment, and have less than $2,000 in their bank accounts, $3,000 if they are a married couple.

Other findings from ALICE in Focus: People With Disabilities include:

Paving the Way for Change
To build and fund equitable programs that effectively support ALICE families, it’s vital to promote accurate, complete data so that local, state, and federal programs can serve all families who are unable to meet their basic needs.

What You Can Do

Fortunately, everyone can have a role to play in creating a more secure future for our neighbors in need. Specifically, we encourage you to:

Stay Connected
Are you interested in learning more? In addition to viewing the ALICE in Focus: People With Disabilities interactive data, we encourage you to keep tuning into the ALICE in Focus Research Series, which draws from the U.S. Census Bureau’s American Community Survey (ACS) Public Use Microdata Samples (PUMS). Each installment in the series will highlight a specific segment within the ALICE demographic.