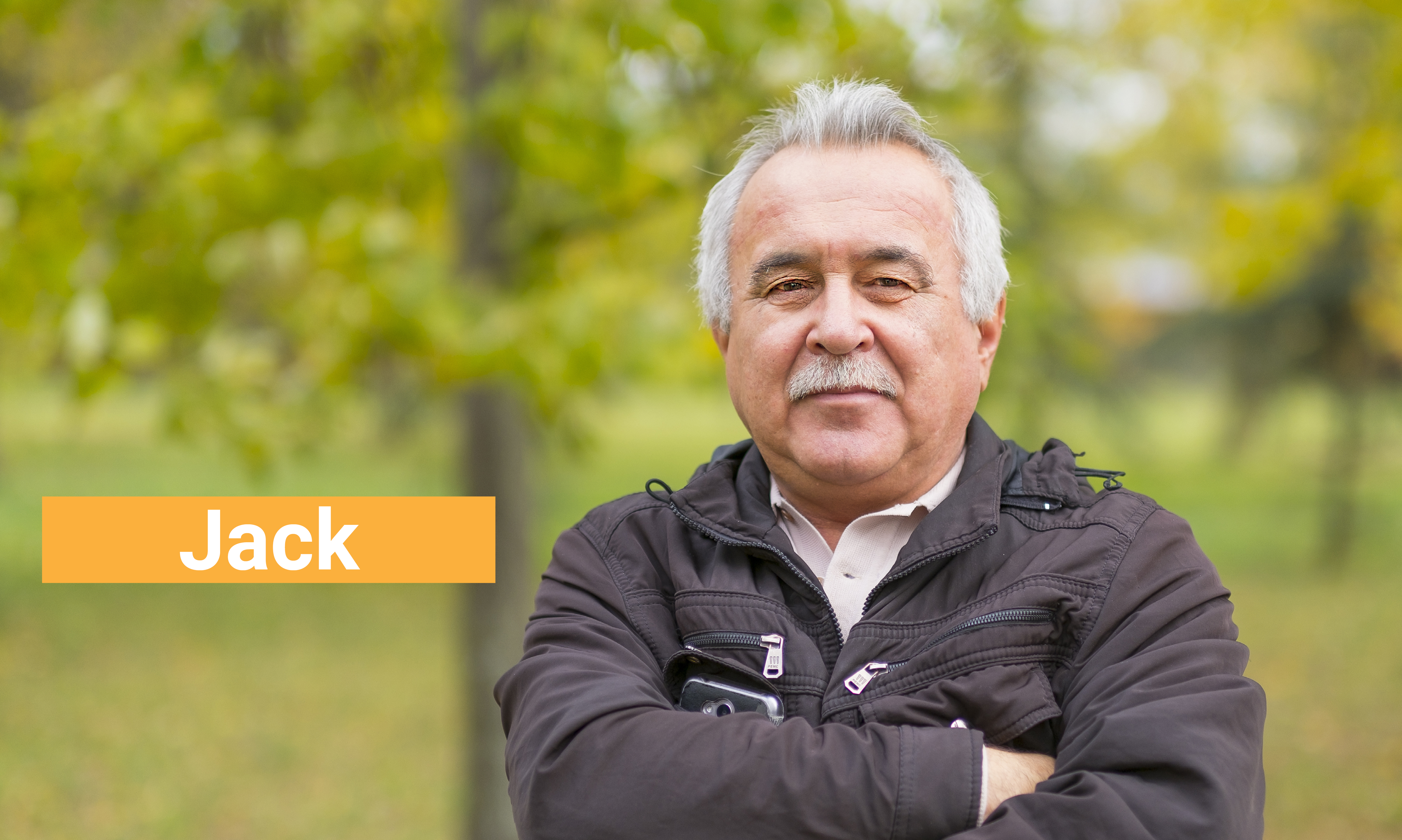 From Service to Homeless and the Road Back to Stability

It is not acceptable for anyone to be living in his or her car, let alone a 73-year-old Vietnam veteran and his wife.

After living and working in Alabama, Jack and his wife Dee decided to move back to where they grew up, Orlovista, Florida.

“Everything was completely different than the way I remember it.” Jack reminisced. “The last time we were in Orlovista, there were no paved roads, and the community was much smaller. When we first moved back, I remember thinking, why were there so many homeless people around?”

When he was younger, Jack served 14 years in the U.S. Army, spending 18 months in Vietnam before traveling the world with his military assignments. “You know I used to donate to the United Way when I was in the military. And you know I didn’t really know what they did until they helped me.”

Now retired, Jack and his wife were living off their social security. In the beginning, this was enough for them to survive. However, when the owner of the condominium they were renting sold the property, they found themselves scrambling to find a place to live that they could afford. In 2019, Orlando ranked at No. 5 among the most “rent-burdened” cities in the country, according to Orlando Weekly. They define “rent-burdened” as spending more than 30 percent of one’s income on rent or mortgage rather than on other basic necessities.

“We stayed in a hotel for two weeks, and when we couldn’t afford that anymore, we lived in our car. It was one of the most challenging things I have ever had to do. Dee and I were homeless.” Jack took a long pause, “You know, you find out what a person is really like when you’re in a situation like that, and I am so thankful for Dee. If she wasn’t there with me, I don’t know what would have happened to me.”

Jack and Dee are an example of Central Florida’s many ALICE families: Asset Limited, Income Constrained, Employed. These households work hard, often at multiple jobs, and are still unable to make ends meet or put funds aside for savings or emergencies. Like many ALICE households, Jack and Dee did not have enough money in savings to cover an emergency like suddenly relocating to a new apartment. The cost of first, last month rent, and utility connections fees are not available to many people living at or below the local survival budget.

“Aside from the physical issues of being homeless like our ankles swelling and our inability to take normal showers, the worst part was that feeling like we were never safe. I would move the car all the time, and we would always be looking over our backs, worrying who was around us all the time.” They tried to stretch every dollar they had between them for food, gas, and other basic needs.

“It was late one night when I called 211 and went through the screening process for help.  After that call, we met Jeniffer. I knew the moment I spoke to her; she was someone we could trust. She wasn’t going to mislead us or tell us something that wasn’t going to work for our situation.”

Jeniffer works with Heart of Florida United Way’s Mission United program, which connects veterans and military families with critical resources. She helped Jack and his wife by connecting them with shelter and then began working to secure stable housing. She helped them apply to SSVF (Supportive Services for Veteran Families) for additional resources and VA for disability benefits.

“Jeniffer took her time to explain everything to me. This whole process can seem confusing when it’s not my top priority. I was just wondering where we were going to park the truck that night and whether we would be safe. She took the time to explain everything to us.  The best part was she was there with us every step of the way. And she still keeps in touch with us to make sure we are still okay.”

With the help of Jeniffer, 211, Mission United, SSVF, and the VA, Jack and Dee received the help they needed to get back on their feet.

“I know it’s not big or anything, but it is home,” he said, taking a deep breath when speaking of his new apartment. “You know I look back and I wonder if I could have saved more or done something different to prevent this from happening, and I can’t. There was nothing we could have done differently. The price of things keep going up, and I do not know if people can prepare for that. We couldn’t.”