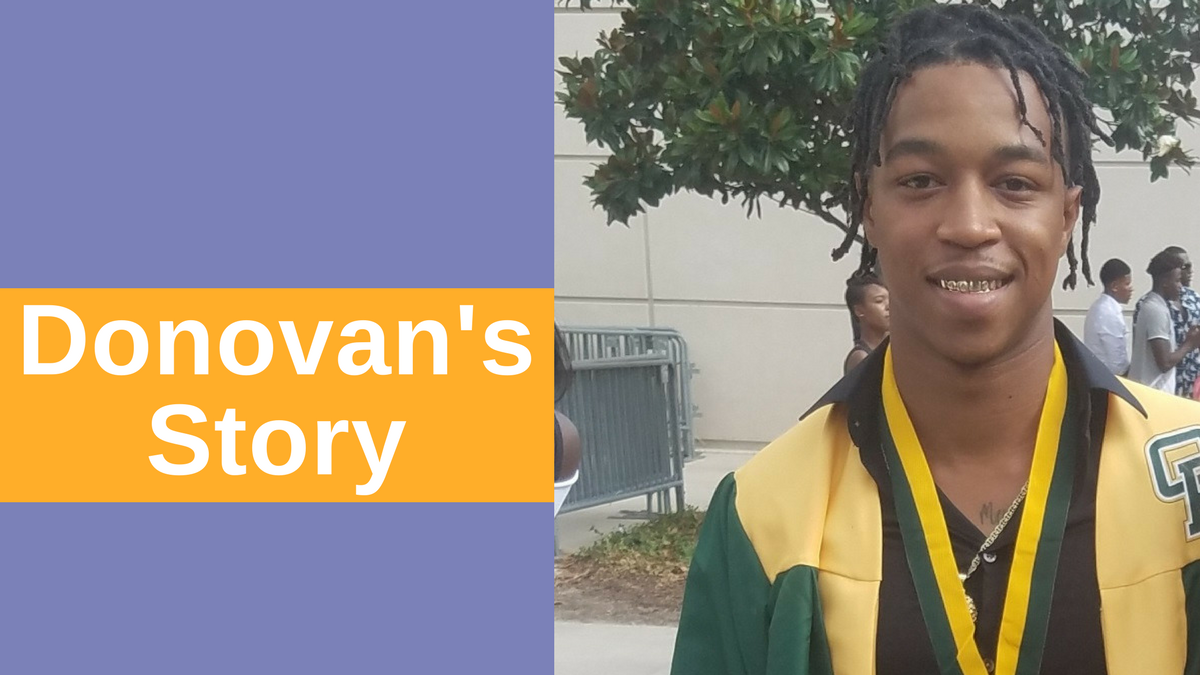 “If it wasn’t for my AmeriCorps mentor, I probably wouldn’t have ever made it out of high school. They really helped me with things no one else wanted to be bothered with.” -Donovan

Donovan was a senior at Oak Ridge High School. Originally from Miami, he transferred at the beginning of the school year but realized he had a lot of catching up to do to graduate with his peers. He sought help from the AmeriCorps Pathways to Success members who worked in his school in order to prepare for his first ACT test.

As a talented student athlete, Donovan had a lot on his plate but the AmeriCorps worked with him every step of the way, offering tutoring and mentoring. It was Donovan’s drive to make it to college and play football that pushed him to work hard and never give up. His determination and AmeriCorps support got him caught up on his credits, filled out his FAFSA for college financial aid and he passed every class he took!

When graduation day came, he was short one test requirement. However, that didn’t slow him down. He spent the summer tutoring with an AmeriCorps member, and in October, he received his diploma! Donovan knew he wanted a better life for himself, and with help and support of the AmeriCorps, he started his freshman year at Bethune-Cookman University in January.